Concerning Lavender (the season is between mid-June to mid-August), below are some important things to know. With respect to Lavender and contrary to what certain organizations state, there is no true lavender grown in the Luberon valley only lavendin. The difference is due to the altitude in which it grows. Lavender then becomes a general name and sold this way, possibly because many do not want to spend the time and money needed to drive high into the mountains.

Lavender is a member of the mint family. There are some 20 varieties of lavender but only three are grown commercially in Provence. Two of them, native to Persia and the Canary Islands, are thought to have been brought to the European mainland by the Phoenicians, the first inhabitants of what is now Marseille.

The first, true Lavender (Lavandula augustifolia), is also called fine or female lavender. It grows between altitudes of 800 to 1300 meters and is the only one whose oil is used for medicinal purposes.

The second, Aspic (L. latifolia), is also known as spike, or male lavender. It grows at altitudes of 600 to 800 meters, has multiple flowers per plant, with a very strong camphor-like odor.

Finally, Lavandin (L. hybrida) is a hybrid of the other two. Sterile, it is propagated from cuttings. It can be grown at a much lower altitude than lavender (which is what grows in the Luberon). Growers in Provence started cloning this in the 1920’s and today it accounts for 80% of the plantings. Its yield is normally four or five times that of True Lavender. According to the crop, the yield of essential oils can be ten times greater.

Although I didn’t know it at the time, the endless fields I saw on my introduction to France were actually lavandin and not lavender. Since that time land on the high plateaus formerly considered worthless has been cleared and much of the current production is to be found there. Lavender prefers acid, rocky, sandy soil. It will grow happily along roadsides, in gravelly parking lots, or other seemingly waste areas.

Provence is also blessed with a wild lavender, French lavender (L. stoechas), which grows on the mountain plateaus above 800 meters. Never cultivated, it is always harvested by hand. Its essential oil commands premium prices from perfume manufacturers. 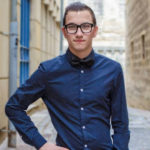 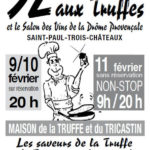 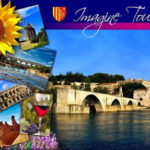 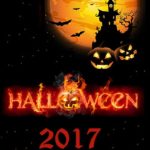 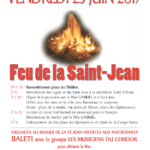